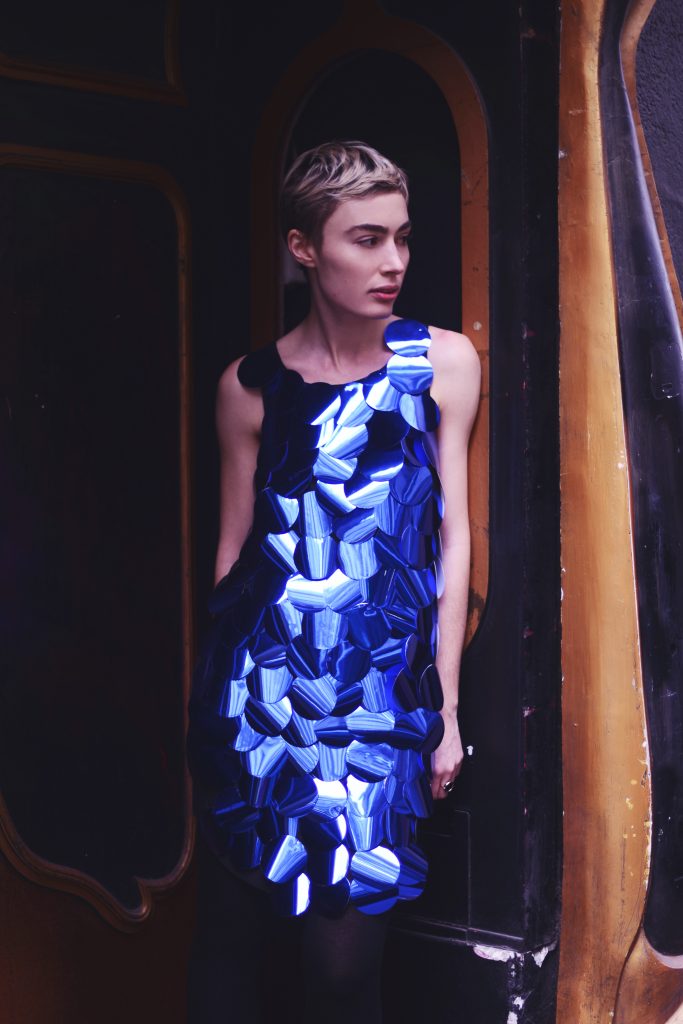 Last year I had the opportunity to attend the Kenzo SS17 show. Most of the models seemed to come straight off Studio 54’s dance floor, so (you are starting to know me!!!) I loved it!!!!! Veneer bra, spangled drapery, sequin dresses, vinyl trousers, everything was there! This collection is actually a nod to the 1977 Kenzo Takada collection. He held it in the legendary club, Jerry Hall was parading while Grace Jones was singing a disco tune… can you imagine!!!? Haha no need, there is a video, right here, and it’s awesome. Each time I come across photos or videos from Studio 54, it’s crazy how enthusiastic I become. I feel like this place was made for me, it’s the perfect conception I have of partying, I already told you about that here.

Since November, I have been patiently waiting for the Kenzo pieces of clothing to come out, but it’s just impossible to buy this dress before at least March, so I found a way to wait for it by making one myself. As I said in Yann Barthes’s program, I get my inspiration from fashion shows and show you how to reproduce the same for 10 euros. 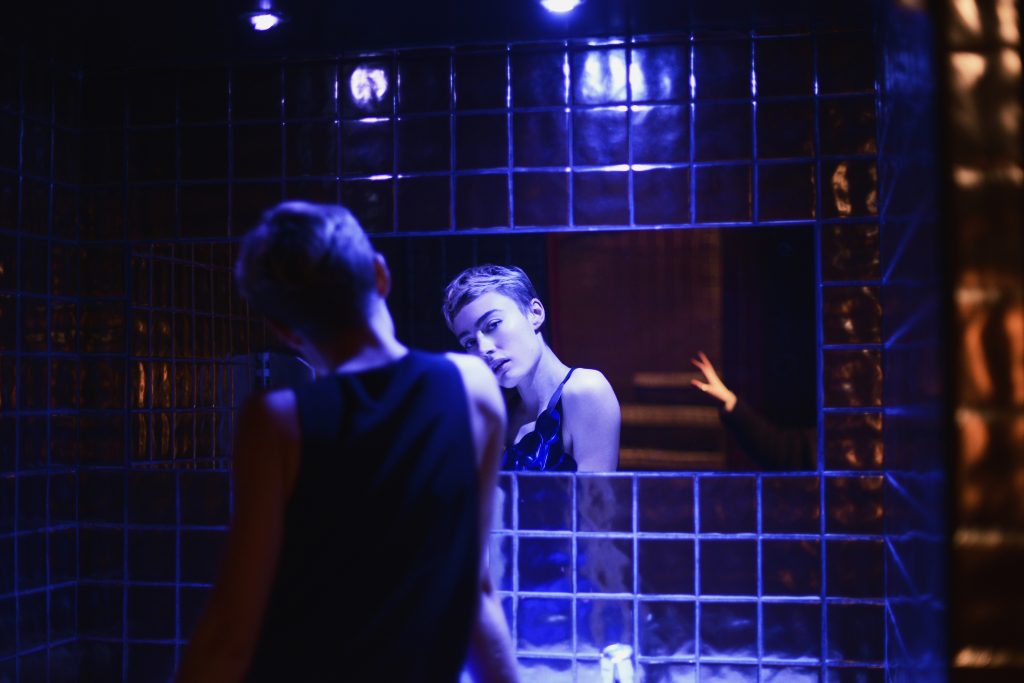 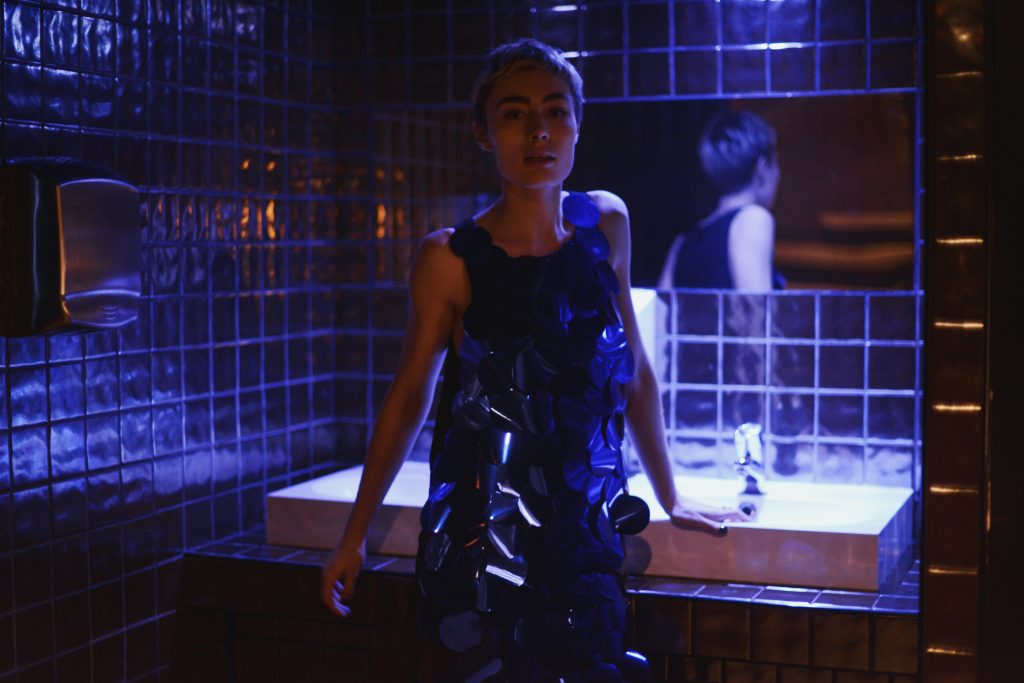 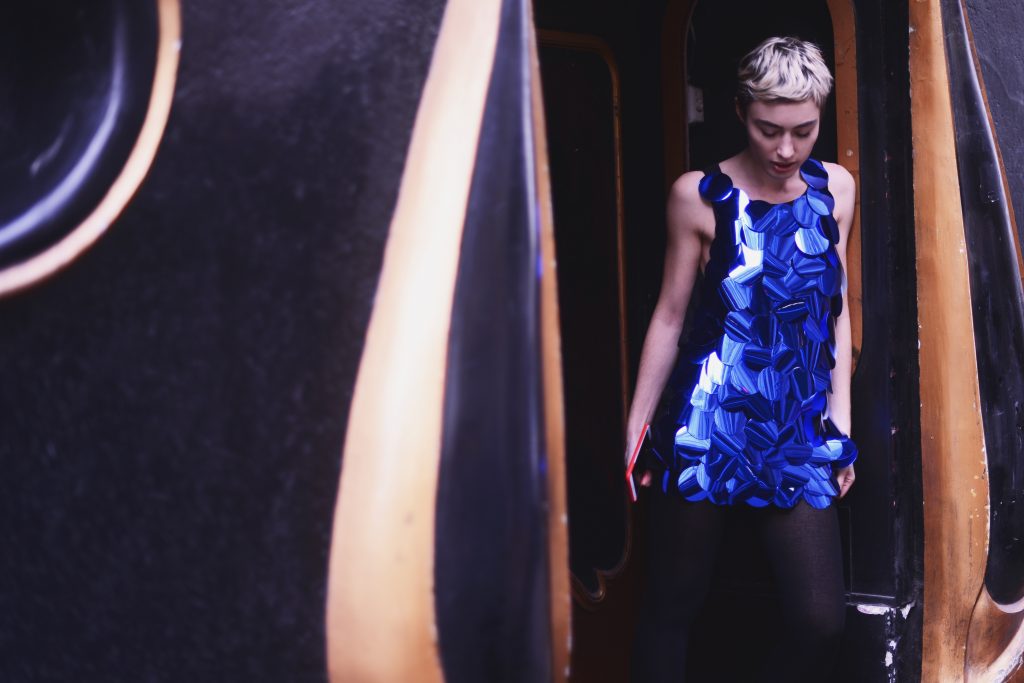 I conceived a DIY with a kind of metallic plastic to create some sequins. At BHV, I bought a round shaped perforating machine (but you can also choose other shapes like hearts). I bought a blue metallic plastic roll in Weber on Turenne Street. It has the same texture and smell as a plastic tablecloth but thinner.

-Cut out a few dozen circles in the plastic with the perforating machine.

-Attach the sequins on the dress with a needle and thread by putting a stitch at the top of each circle. Start by the bottom, then overlay while moving up.

I met up with Anna around Pigalle for a phot shoot. I had great success in the street haha! If I had had the idea earlier, I would have worn it at my birthday party, what a pity!

This dress won’t be easy to wash as it is made of plastic… or you need to take special care while hand washing it and make sure the circles are well sewn so they don’t unhook. But it’s ok, you can imagine it as a Cinderella dress you make for THE night out and it then it vanishes 🙂

For those of you who don’t have a team of working mice at home like Cinderella and prefer to wear their dress more than once, here is a small selection: 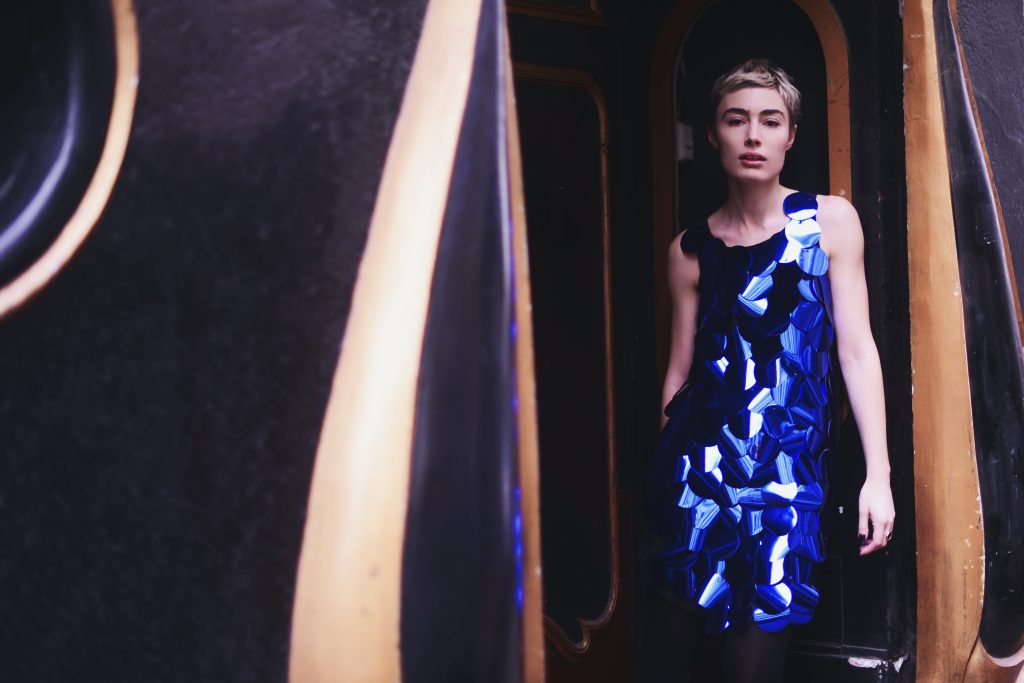 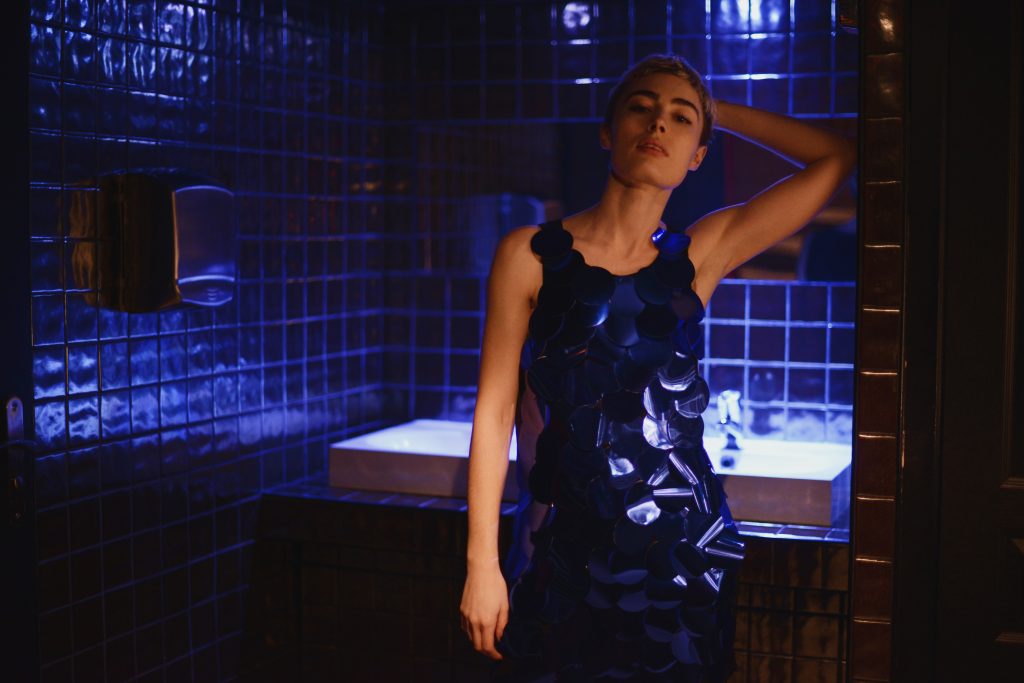